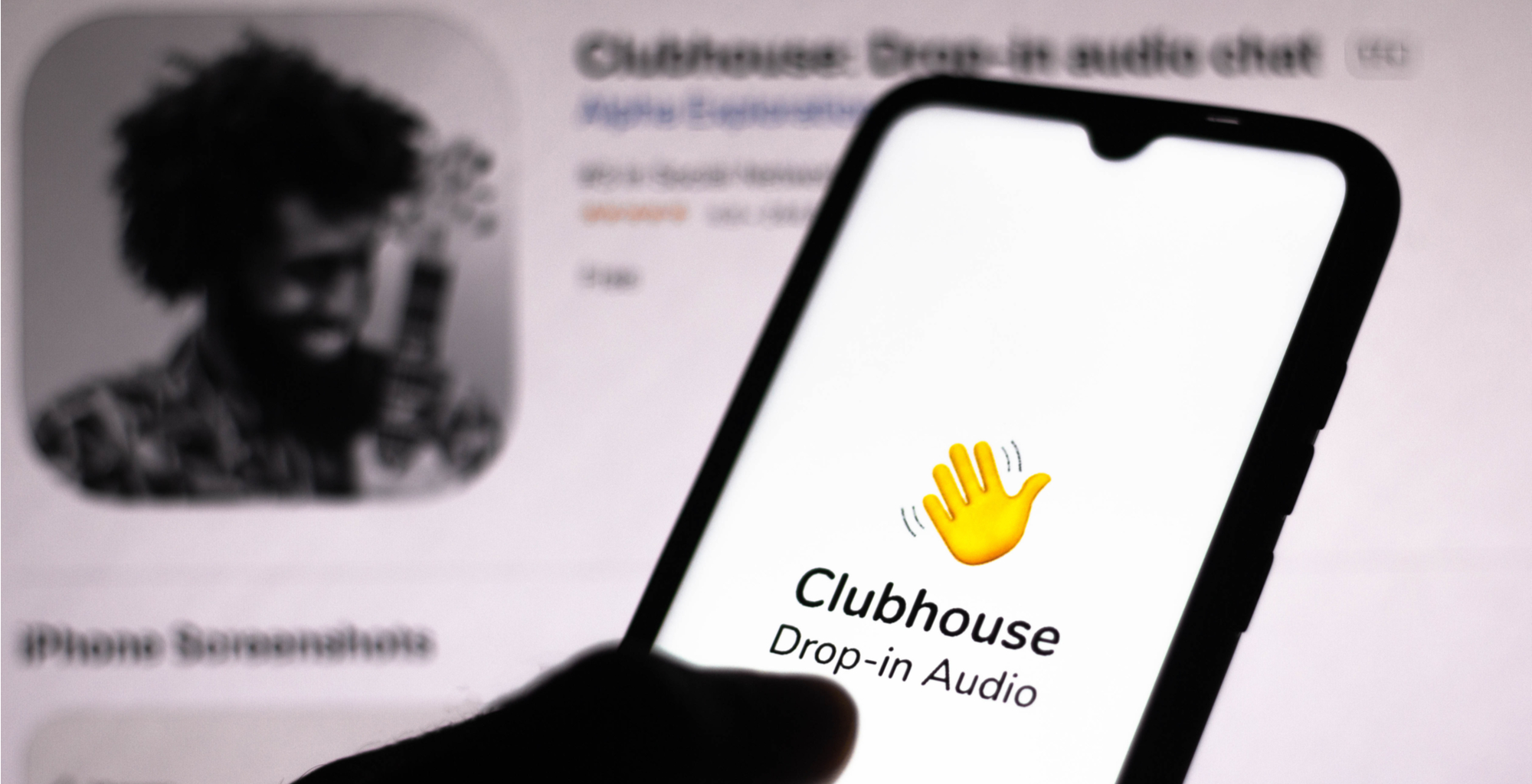 Clubhouse: Everything You Need to Know About a Social Media Game Changer

There weren’t many places for the average person to eavesdrop on a conversation between Elon Musk and Vladimir Putin until now. Meet Clubhouse, the new kid on the social media block that made its debut last March, just as the world was beginning to crave conversation with people outside of their bubble.

Clubhouse is a live, audio-based, and invite-only social networking platform that allows its users to create and participate in audio conferences. Categorized by topic, these conferences called “Rooms” are split into two sections: the Stage and the Audience. Not unlike a traditional conference, The Stage is designated to the Moderators who organize and present the content. Depending on the topic, and at the discretion of the Moderators, a Room can have a range of speakers. Moderators have the option to unmute themselves and converse with other users on the Stage. While Audience members do not have access to unmute their own microphones, they have the option to raise their hand with the tap of a button. If chosen by a Moderator, an Audience member can be brought on the Stage and contribute to the discussion. The simplest way to describe Clubhouse is as a digital conference call or an interactive podcast.

While audio discussion apps are not uncommon, Clubhouse distinguishes itself, according to Content Marketing Strategist Shelby Rogers, with three key elements: exclusivity, immediacy, and fun.

As the name of the app suggests, Clubhouse is exclusive to its existing members. The app is only accessible through invitation, and only current users can send invites. After creating an account, a user is able to send only two invitations. Users can earn more invitations by hosting rooms and participating in chats. At this time, the app is only available to iPhone and iOS users.

Clubhouse panels, or talks, are live and are not archived. Shelby Rogers maintains that live content feeds into a need for immediate gratification. There is an element of ‘you had to be there’ that appeals to a younger demographic swayed by the FOMO effect (fear of missing out).

Clubhouse opens the door for its customers to listen —and occasionally contribute— to exclusive content from their favourite public figures. The prospect of Elon Musk inviting Vladimir Putin for a Clubhouse conversation is as strange as it is fun. The live aspect of Clubhouse also reinforces its fun and casual appeal. Members are identified only by username, which removes the veil of performativity that is ubiquitous in other social media apps.

Why is Clubhouse popular?

There are a variety of factors that can explain Clubhouse’s newfound popularity. Launched in March 2020 during the early days of the COVID-19 pandemic, there was widespread yearning for social interaction and new ways to connect. Clubhouse’s distinctive format attracted a demographic searching for authentic social interaction, and according to Kelly Hendrickson, HubSpot’s Social Media Marketing Manager, “Clubhouse’s most appealing quality is that it’s a break from the nonstop screen time we all exist in.” With the influx of virtual meetings as a result of stay-at-home orders, many people reported feeling overly fatigued, a term Stanford researchers have come to refer to as “Zoom Fatigue.” An audio-only experience is an excellent contrast to heavy screen time.

How does Clubhouse use exclusivity as a marketing tool?

As an app that is only accessible via invitation, Clubhouse utilizes exclusivity as a marketing tool. This approach is referred to as the Velvet Rope Strategy and plays on human nature and the desire to want what you cannot have. Exclusivity increases a brand’s value because it symbolizes elitism and social status. This invokes a heightened desirability amongst users who want to be a part of the “in” crowd.

How can brands use Clubhouse?

While Clubhouse is still in its infancy, the app presents huge potential for brands wanting to bolster their online presence. Clubhouse creators Paul Davison and Rohan Seth launched with a user base of entrepreneurs, thought leaders, and industry experts. As it grows, brands should be able to jump on board to demonstrate their leadership and industry expertise.

Businesses can also capitalize on the community-building aspects of Clubhouse. Brand representatives can speak directly and candidly to their consumers, sparking tangible engagement with their audience. Krystal Wu, HubSpot’s Social Media Community Manager remarks on Clubhouse’s unique ability to create open and vulnerable community spaces, describing Clubhouse as “unscripted content that anyone can be a part of.”

If your company has been searching for an exclusive new platform to openly discuss your areas of expertise, Clubhouse may be a valuable addition to your social media portfolio.