This fall, when you watch the opening jump-ball of the first Toronto Raptors game, you may notice something different. No, the fundamental rules of basketball haven’t changed, but the NBA is the first of the four major North American sports leagues to allow brands to invade the sacred boundary that is the sports jersey. As part of a three-year pilot program, NBA teams can have a a small 2.5-inch logo patch on their jerseys for brand sponsorships. As to why this is occurring – you guessed right – it’s about money. Professional sports leagues don’t just want to grow existing revenue. They want to find new revenue streams. For brands, jerseys are simply the next unmarked surface to plant their flag.

History of Sponsorships in Sports

Sports fans know more than anyone that marketing consumes like a vacuum. When I was at Yankee Stadium in late July, everywhere I looked there was a brand’s logo. Pepsi, Gatorade, Ford, etc., etc. This is in addition to the branded “spaces” in stadiums; Toronto’s “WestJet Flight Deck” for example. 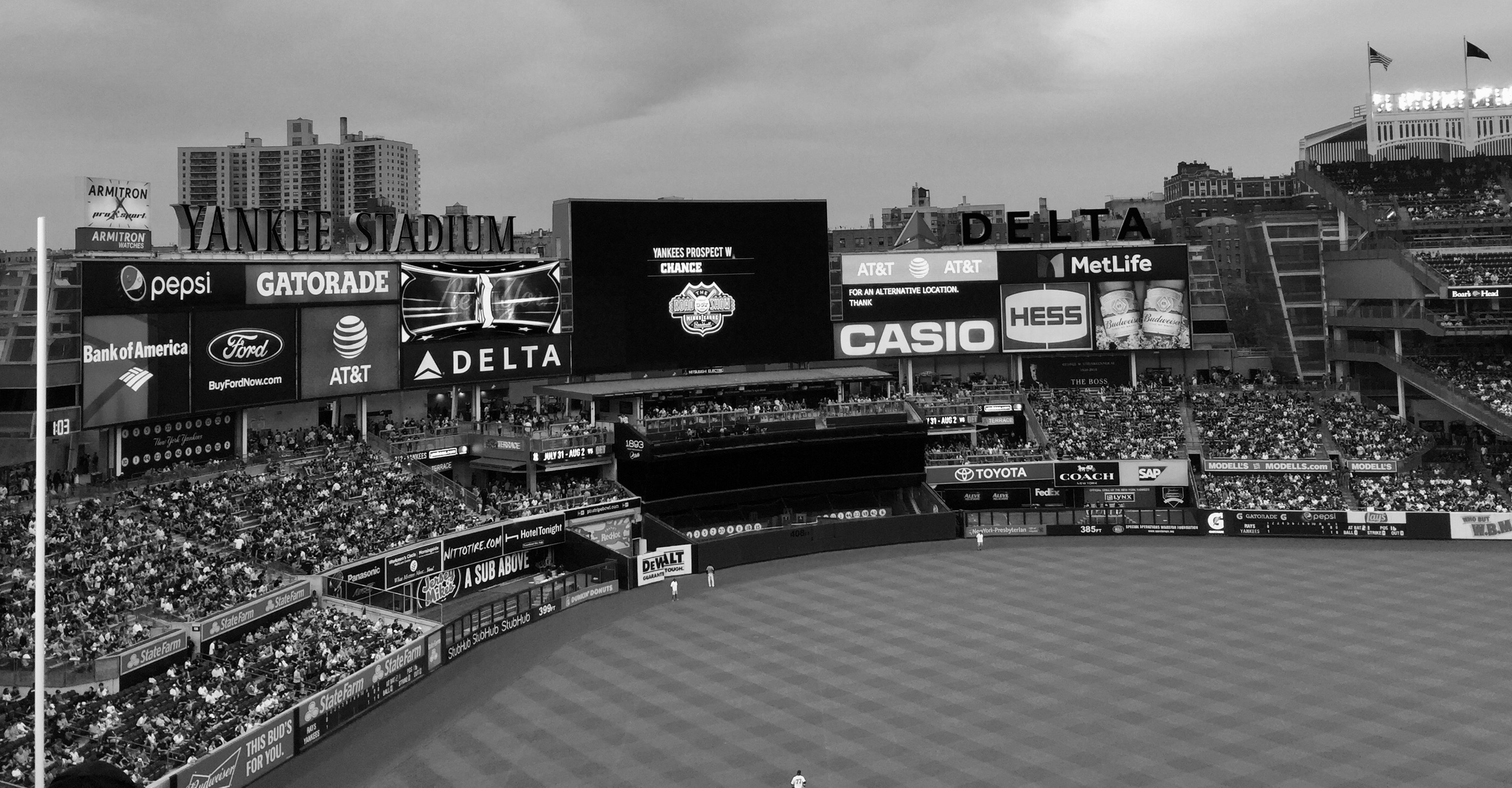 Advertising in sports has certainly grown, but it was never a noncommercial holy space. The first corporate signage in stadiums appeared in the late 1800s. The second oldest stadium in MLB, Wrigley Field is named after a chewing-gum for Pete’s sake. The real spark of sponsorships came as communications technologies advanced. When games started being broadcast on radio, and then later TV, the opportunity for sponsors grew. Cue the “this game is brought to you by __________”.

What is more difficult to measure is the effectiveness of these sponsorships. In the late ‘90s, to appease brand’s worries, “sponsorships” became “partnerships” (*eyesrolling*). Companies wanted to be more than a sign on a scoreboard. They wanted to be part of the game. Advertisers were offered the ability to sponsor contests during stoppages of play, as well as buying naming rights to stadiums. Think how many times you hear a stadium name in press coverage… it’s a marketing gold mine. Probably the most creative sponsorship I have heard of is between the Chicago White Sox and 7-Eleven. Normally baseball games start at 7:07 pm, but the White Sox pushed their start time four minutes later to 7:11 pm.

Sponsors are needed for sports. The main revenue source of professional sports leagues is the media deals signed with TV networks (and the network’s ability to sell off TV spots). In the age of “cord-cutters”, live sports are one of the last reasons to pay for cable, and one of the last places where millions of eyes will be watching at one time (and seeing your brand’s logo).

As part of the pilot program, NBA teams are responsible for finding their own jersey sponsors. So far, a dozen teams have signed sponsors. 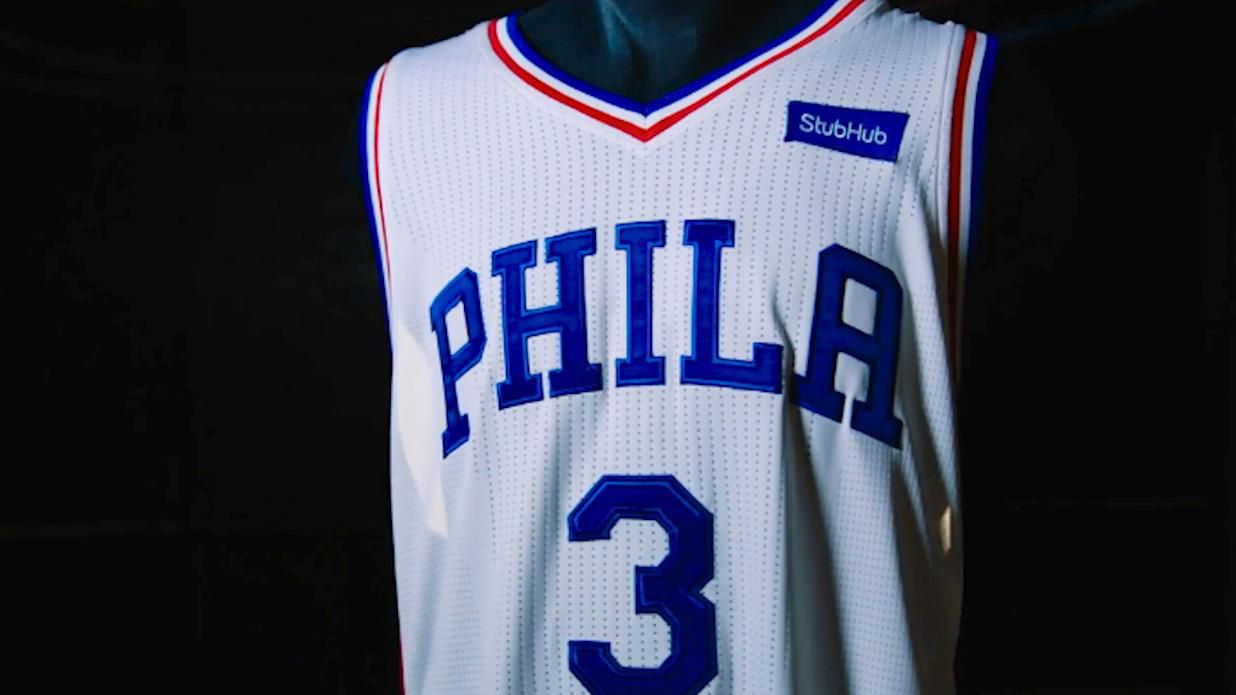 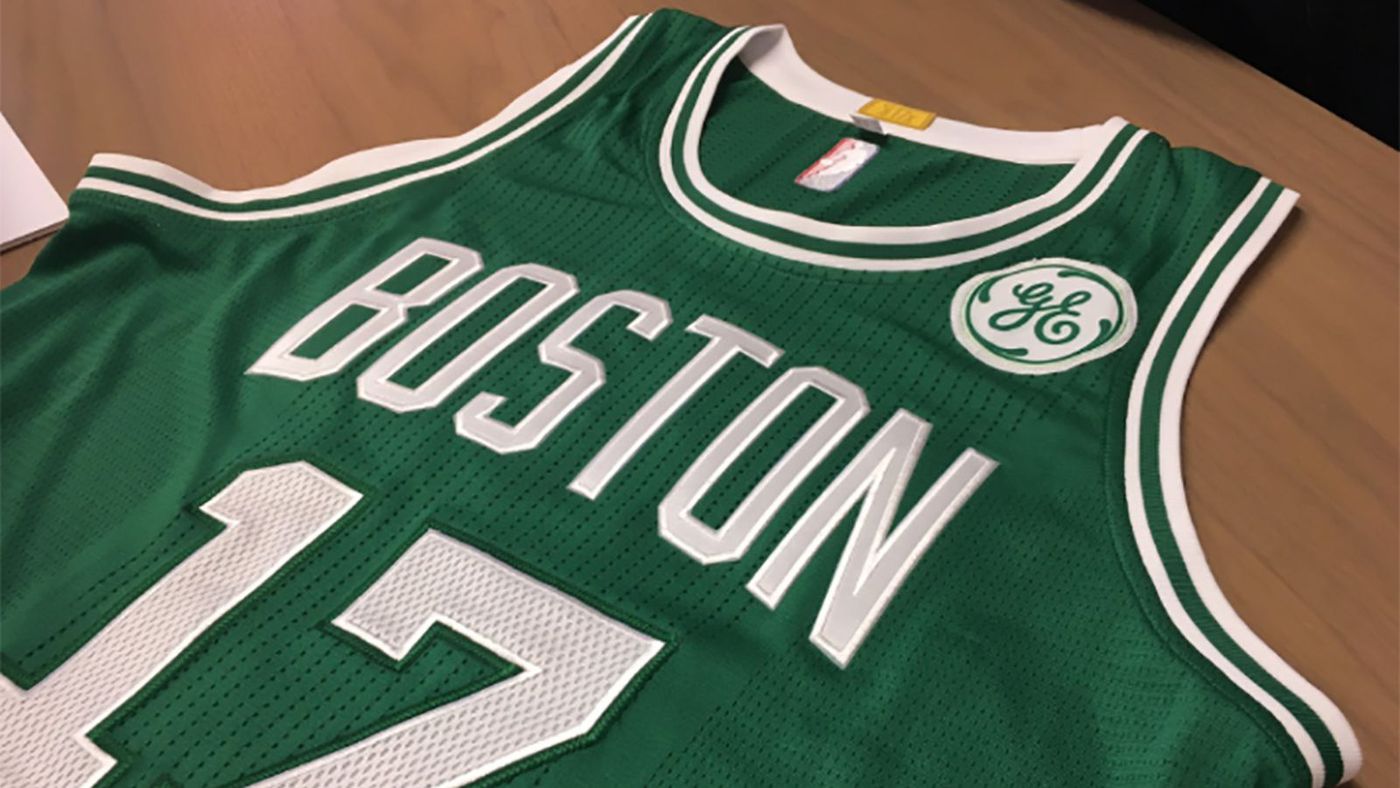 The Philadelphia 76ers were the first team to announce a deal with StubHub, signing a 3-year $5 million deal. The biggest deal signed so far is between the Cleveland Cavaliers and GoodLife: $10 million over 3-years. The reigning champion Golden State Warriors don’t have a sponsor right now, but it is estimated they could fetch $15+ million. Toronto’s very own Raptors will have a Sun Life Financial patch on their jerseys. Some teams have opted for local sponsorships (Orlando Magic and Disney are a match made in heaven). The Utah Jazz have opted for a charitable cause, and will have a “5 for The Fight” cancer charity patch. Overall, Adam Silver, the commissioner of the NBA, hopes the sponsor patches will add around $100 million to NBA revenue. 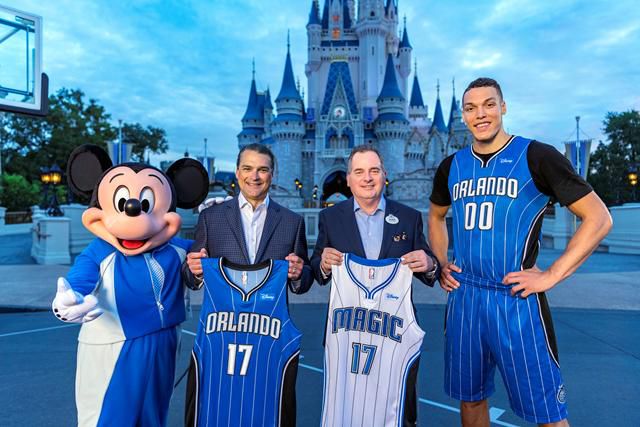 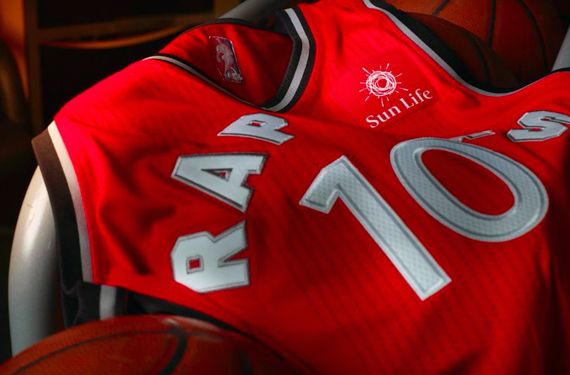 For brands who want to be as close to the action as possible, the sports jersey is highly attractive. While the four major North American teams (NBA, NHL, NFL, MLB) are hold outs, many other leagues have jumped on the jersey ship.

Look no further than the NASCAR jacket for why brands may be giddy. Would you be excited to go buy Tide detergent? Probably not, but when it’s on your favourite driver’s car or jacket, that’s probably the only brand you’ll buy. A professor in sports business from the University of Mount Union, Jim Kadlecek’s research shows that people will prefer brands on driver’s jackets to ones that are cheaper and superior. The other benefit is in the way fans dress themselves. Jersey sponsorships will turn fans into walking billboards too.

If NASCAR has proved the feasibility of jersey sponsorships in professional sports, why is only one of the four major sports leagues just now beginning to implement them? One theory, and my naïve hope/belief, is that even though sports are a business, leagues and teams understand that promoting the illusion that sport is about athleticism, not money, is beneficial. Overt and tacky logos on jerseys will upset fans. Blatant plastering of logos may be acceptable in NASCAR or in European soccer leagues, but what will fan’s reactions be when you see a logo disrupt iconic jerseys from the likes of a Boston, or New York team? 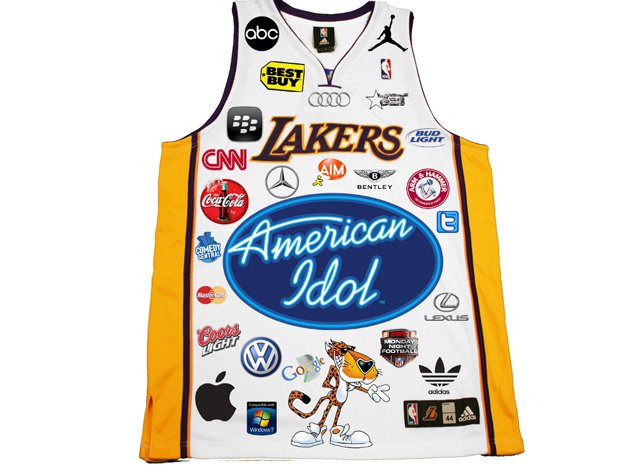 The more diplomatic explanation is to follow the money. The NASCAR jacket is literally covered in logos. Why? Simply look at TV money. A sport like football has 15 games, all televised, every Sunday. NASCAR, has one event, where every driver races. Fifteen TV opportunities for football versus one for NASCAR. Other leagues like MLS utilize jersey sponsors due to lack of fan-following compared to larger leagues. The other reason the NBA has waited is complications sorting out its own financial details with players’ associations to determine the appropriate cut between owners, players, and the league.

The patch on the NBA jerseys is fairly small, and unlike the MLB, it is not a league steeped with tradition and purists. I was interested to see if there would be outrage when a logo was sewed onto an iconic jersey like the Lakers or Celtics, but there was fairly little noise when Boston announced a partnership with General Electric. The question now is what is left? Player’s skin? You may think I am joking, but the NBA made a rule against this. The league set precedent that a player’s skin is part of his uniform when it caught wind that Dennis Rodman was planning a tattoo with a brand’s logo. 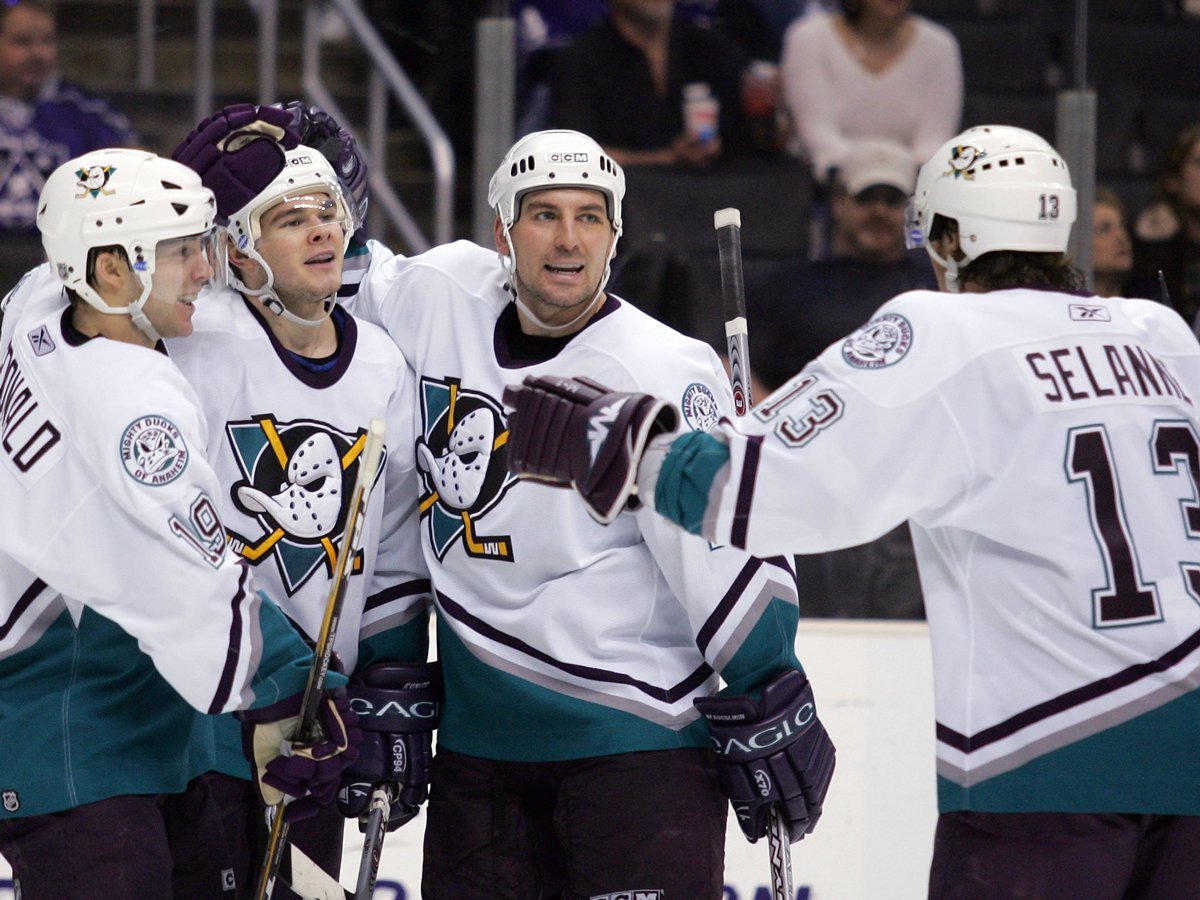 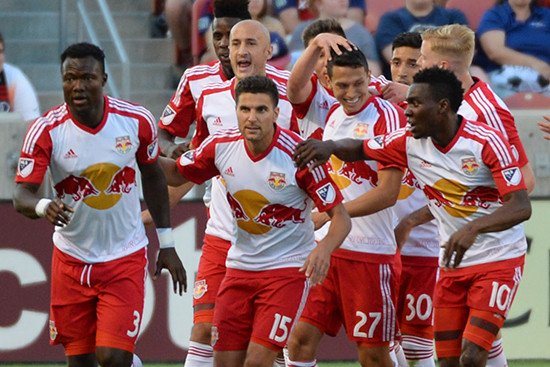 How about team names? We saw this briefly when Disney owned the Mighty Ducks of Anaheim, promoting its movie series (now simply the Anaheim Ducks). One of the MLS teams is called the “Red Bulls”. I read an article recently about the Philippine Basketball Association that takes commercialism to a new level. Teams are owned by corporations as marketing vehicles leading to some “interesting” team names; The Purefoods Tender Juicy Hotdogs for example.

Corporations and sports are synonymous. Always have been, always will be. I may not like logos invading my sports team jerseys, but it appears inevitable; a matter of when, not if. If I was a betting man, I would place my money on the NHL being next. I grimace thinking about a logo disrupting the iconic pinstripes of a Yankee jersey. Sports fans out there, please break out the signs and pitchforks to protest when this happens. Are jerseys the final frontier? As a business student and from what I know about capitalism, I don’t think marketers will ever run out of ways to make their way into sports fans’ lives.